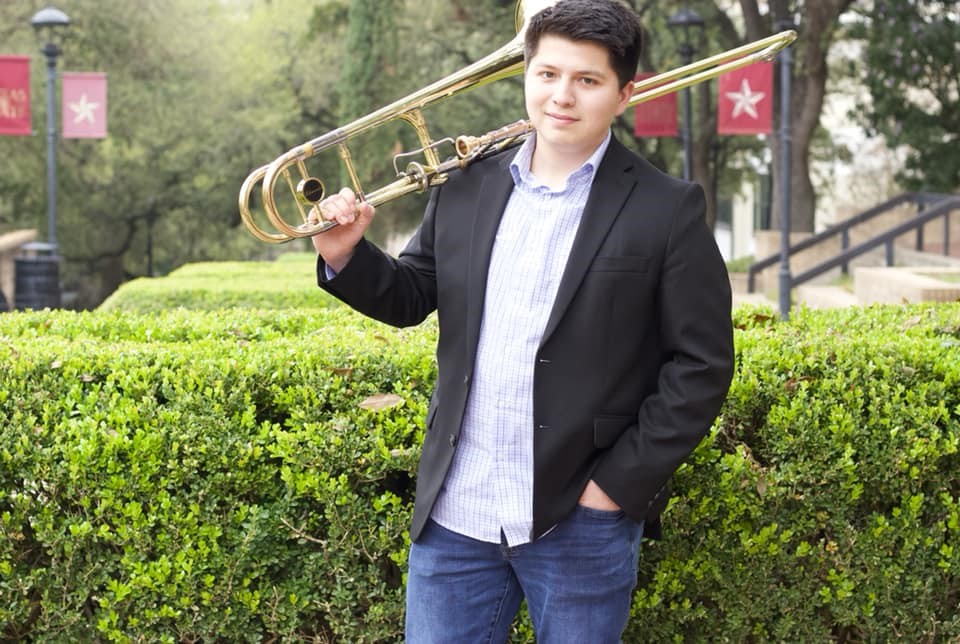 Fabian Reyes Jr. is currently a Music Education student at Texas State University.Originally from Fredericksburg, Texas, Fabian began playing trombone at the age of eleven when he joined band in middle school. While at Fredericksburg High School, he had the opportunity to be a part of the band program under the direction of John Rauschuber, Jason Younts, James Buxton, Dani Rauschuber, and Bradley Bryant. The band was a top program at the AAAA level having been Silver medalists at the State Marching Band Contest in 2012 and named a TMEA Honor Band in 2013. While there, he was a member of ATSSB Region and Area Bands, was a runner up in the All-State Band process, served on student leadership as Brass Captain and Section Leader, and was a recipient of various music awards such as the Instrumentalist Magazine Merit Award and the Patrick S. Gilmore Band Award for outstanding leadership and musicianship.